If you read the title above in your best James Earl Jones voice circa Field of Dreams in 1989, spot on my friends. After living in the Foster neighborhood for a year and a half we are loving our home, loving the neighbors, and loving the neighborhood (I say that last one with my finger in the air, a pinch your nose sort of tone, followed by a "....but" implying there are just a few caveats). In the time spent living one block south of Foster rd. I have gotten  to see the good, the gritty, and the shitty gritty sides of the street. So without further ado, let's get right down to the real nitty gritty shall we:

In a city where every main street is filling in with condos, the rumor mill (aka the news) states that Portland is bracing for  its population to double in the next 20 years,  I find it odd that in the Foster neighborhood development is trudging along (two steps forward one step back). Don't get me wrong, Foster is filled to the brim with charming eats, drinks, and walkable to dos (here, here, here, here....). There is a good gritty feel to the neighborhood,  a variety of people, and some shops that reflect a diverse demographic.

The shitty gritty mentioned above are the vacant buildings that sit glumly (with the occasional adorned boarded window), and the plethora of adult shops.  I'm referring to the 3 adult shops that line the blocks between 52nd and 54th on Foster rd. (not to mention the Strip club on the same block). I get it, humans have basic needs that get met in a variety of ways. For me placing 3 adult shops that  openly state on their website such services as "rub downs,"  and have colorful phrases on their signs such as "santa's little ho ho hoes," makes me wish the neighborhood would pick up its pace on changing (Couldn't we close down at least two of the three? Three is excessive.).

I will note, within a year we have seen some really fantastic businesses move in  (Renaissance Guitars, Mid Point Cafe, Foster Row...which houses a variety of makers and creators, and Nayar Taqueria).  It seems like Foster could use some outside neighborhood development love to get the extra boost of TLC it needs. The City has plans for a future streetscape renovation which will change Foster road (in a nut shell: increased bike traffic, decreased car traffic, less lanes).  With the rate it has taken to get a streetscape plan passed (10 years, I believe ), and the history of pushing development dates back in this neighborhood, I'm concerned that a 2016 building start will turn into a much later date.

It seems neighborhoods like Division have drastically changed in less then two years.  I don't imagine or want this type of change for Foster. Whatever happens next on Foster I hope is a balance of out with the old (shitty gritty) and in with the new (while keeping a bit of the good gritty to boot).  Below are neighborhood snaps of the good, the bad, and the ugly. A message to Portland developers or people who have visions of good businesses and money to back it (in my best James Earl Jones voice, ahem) If you build the businesses, open the shops, provide the good grocery stores... people will support you. My message to the local shops that are already hustling and bustling (Stumptown, New Seasons...etc.) if you open a business on Foster, other businesses will follow you. 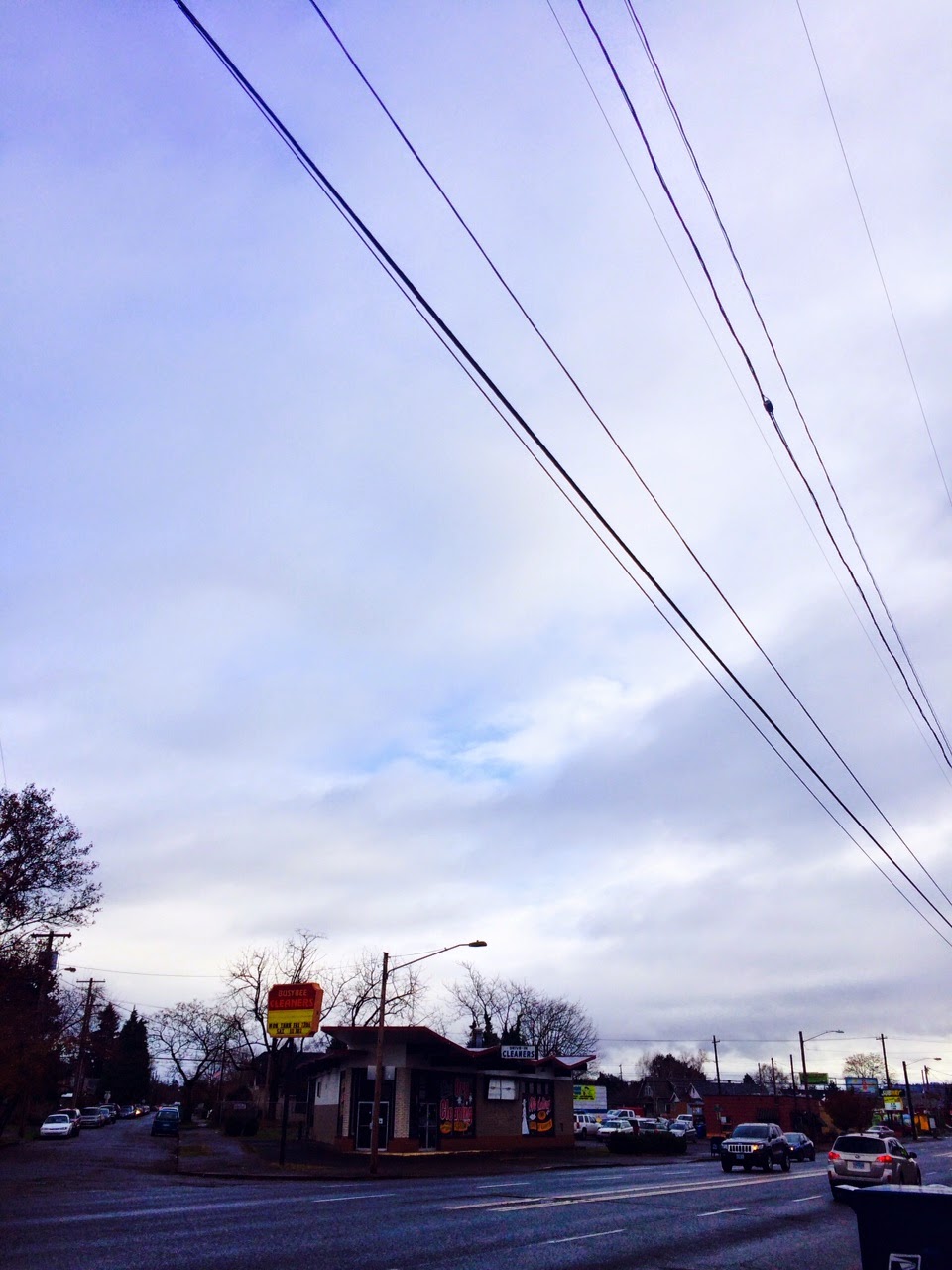 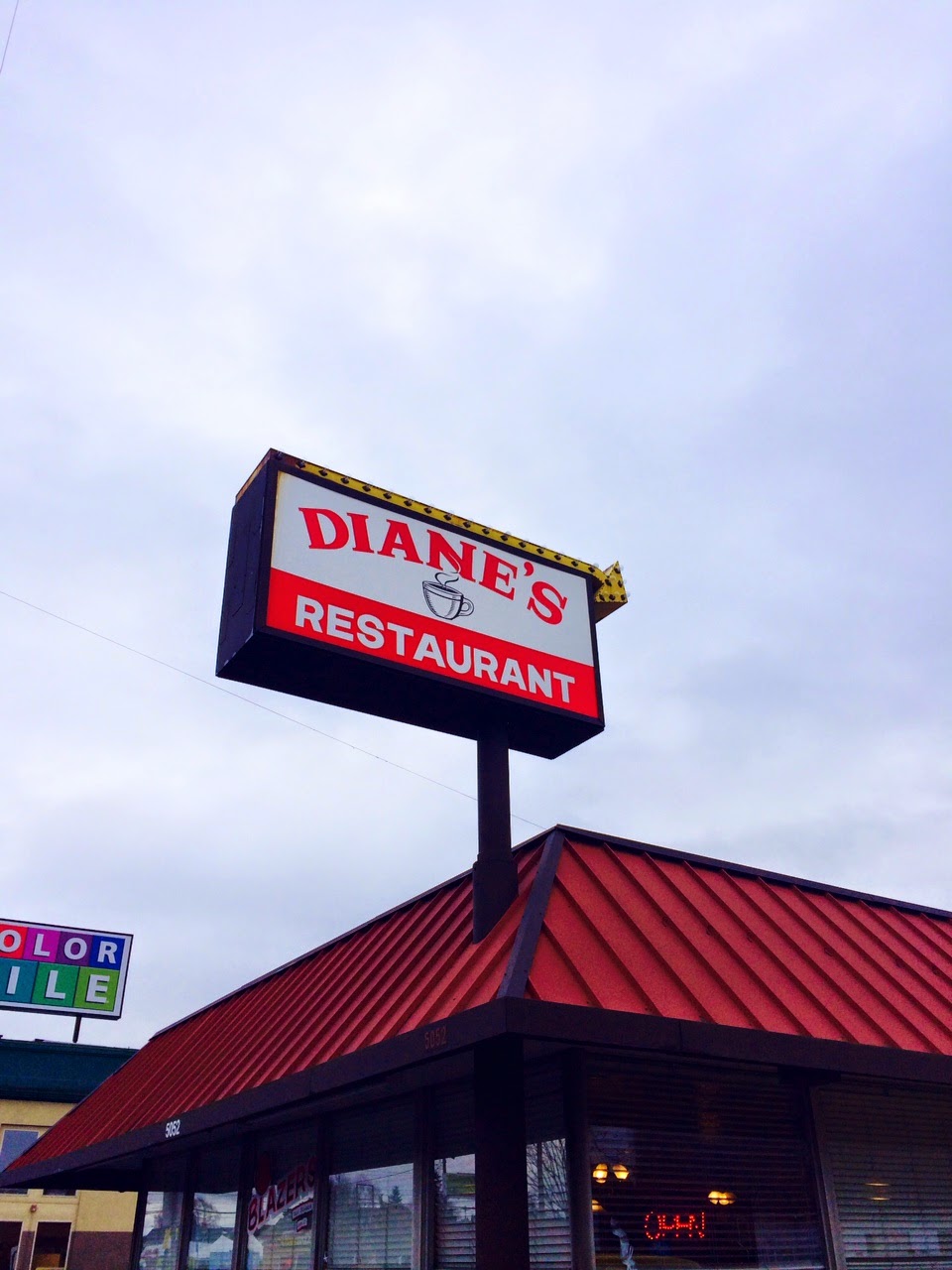 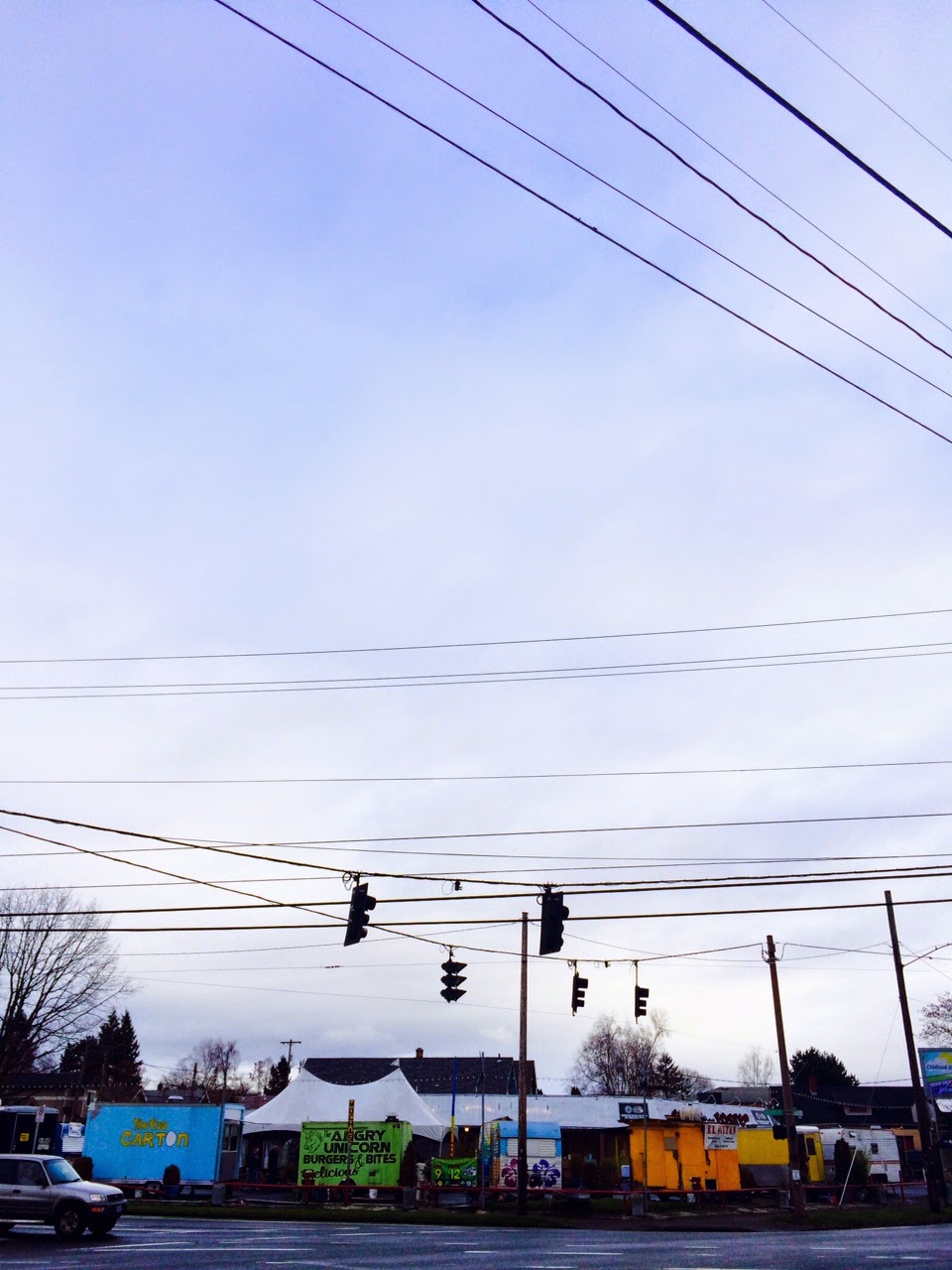 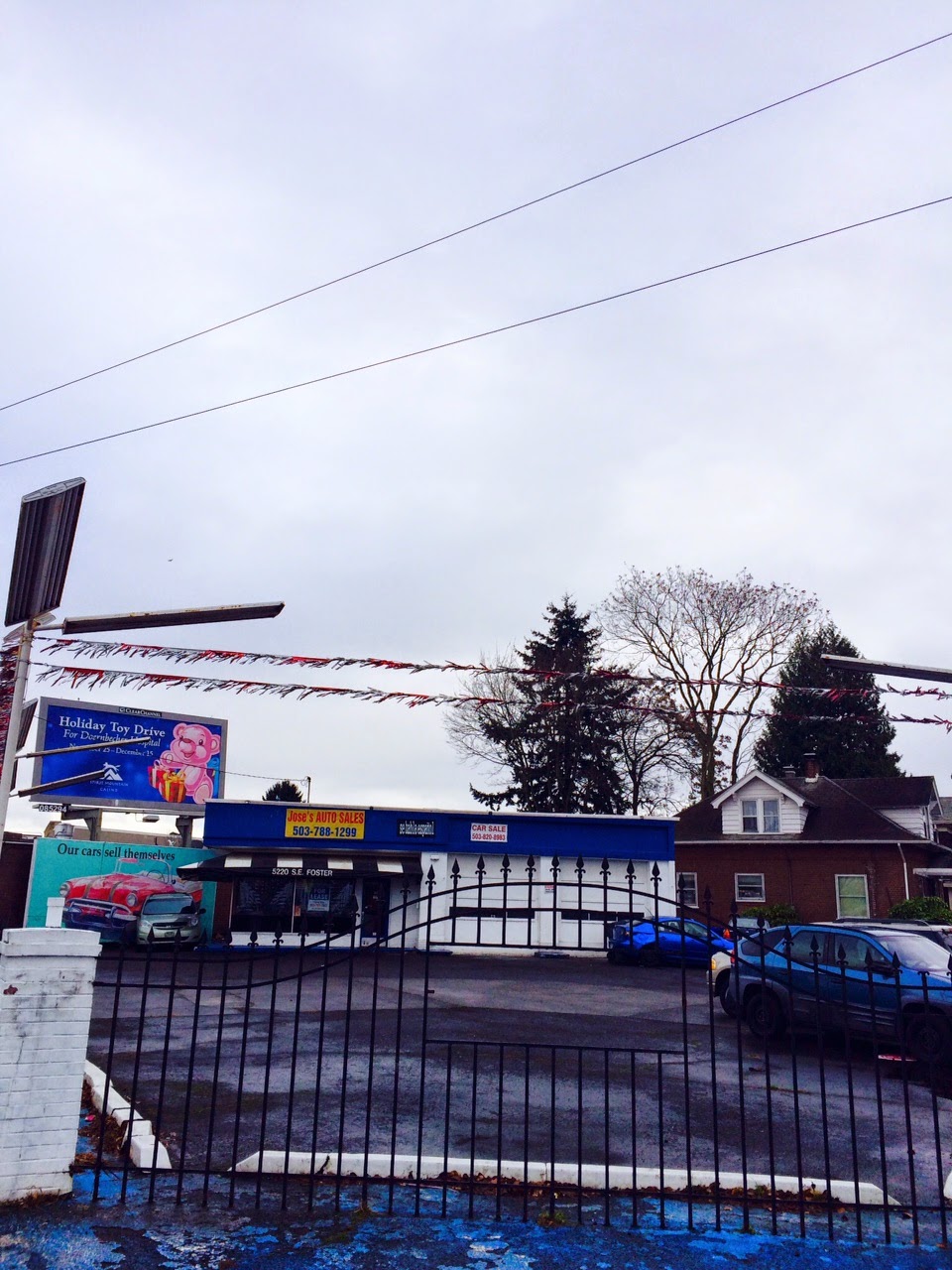 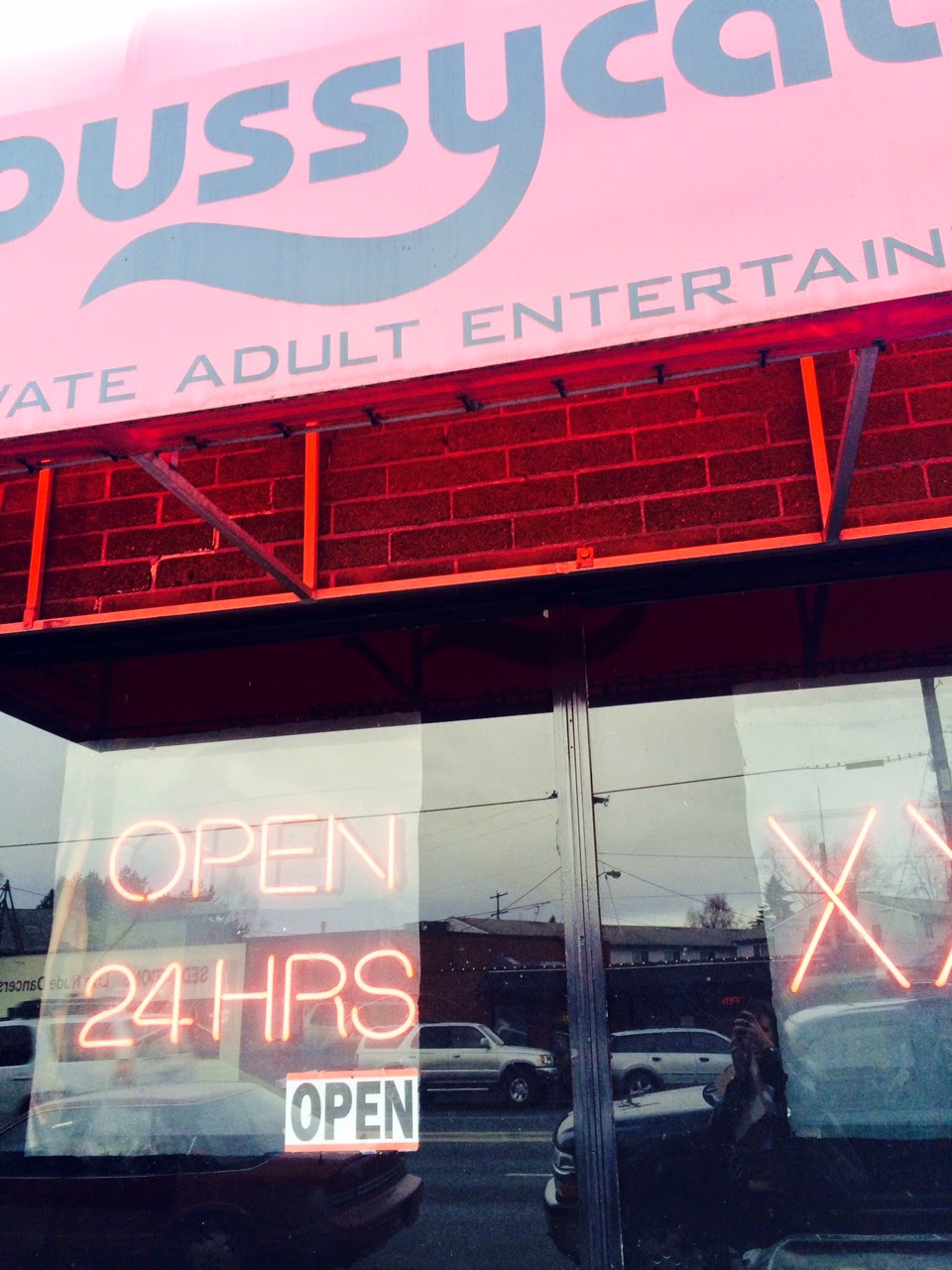 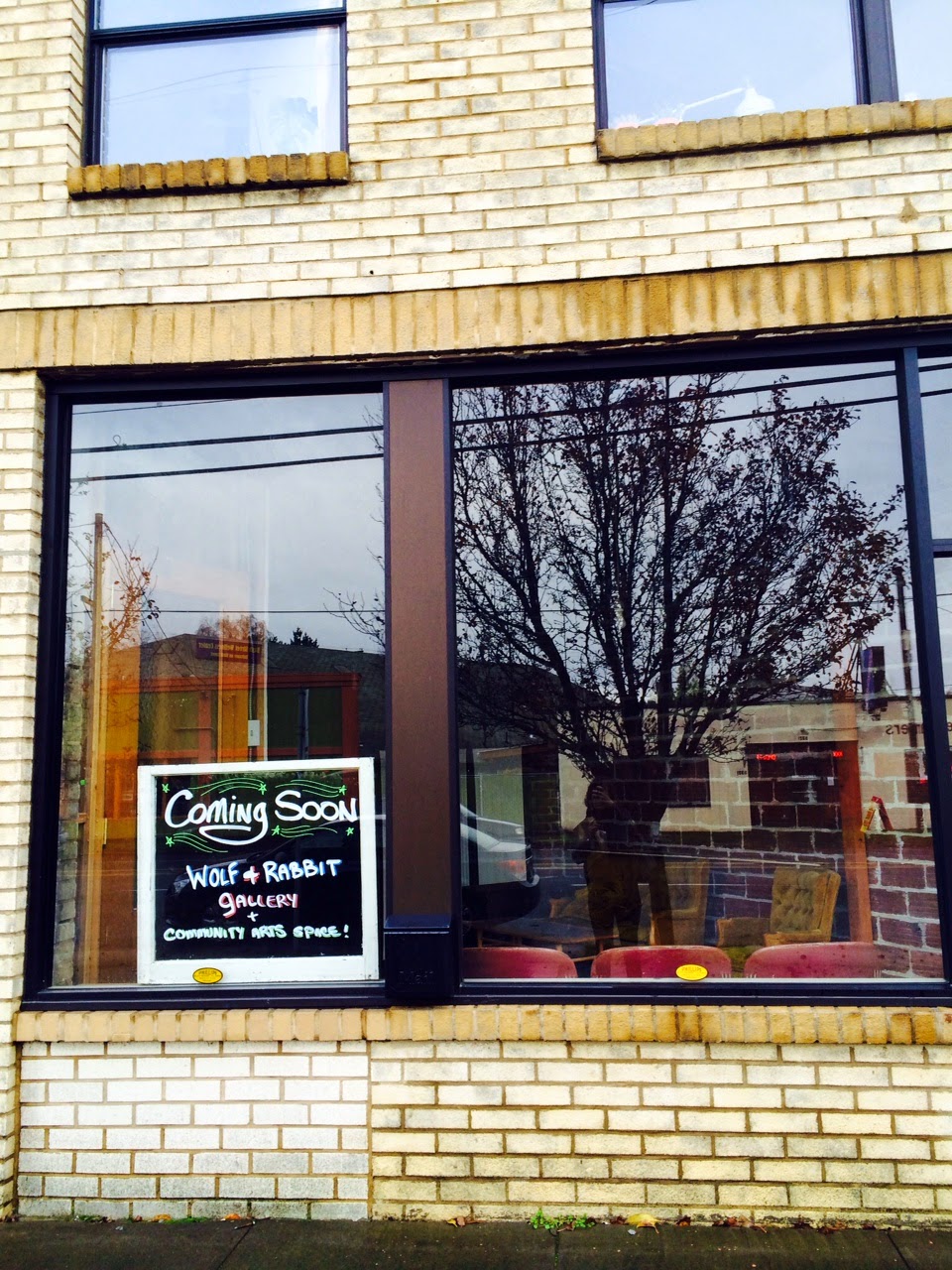 Wolf and Rabbit gallery to open in the neighborhood at Foster Row. 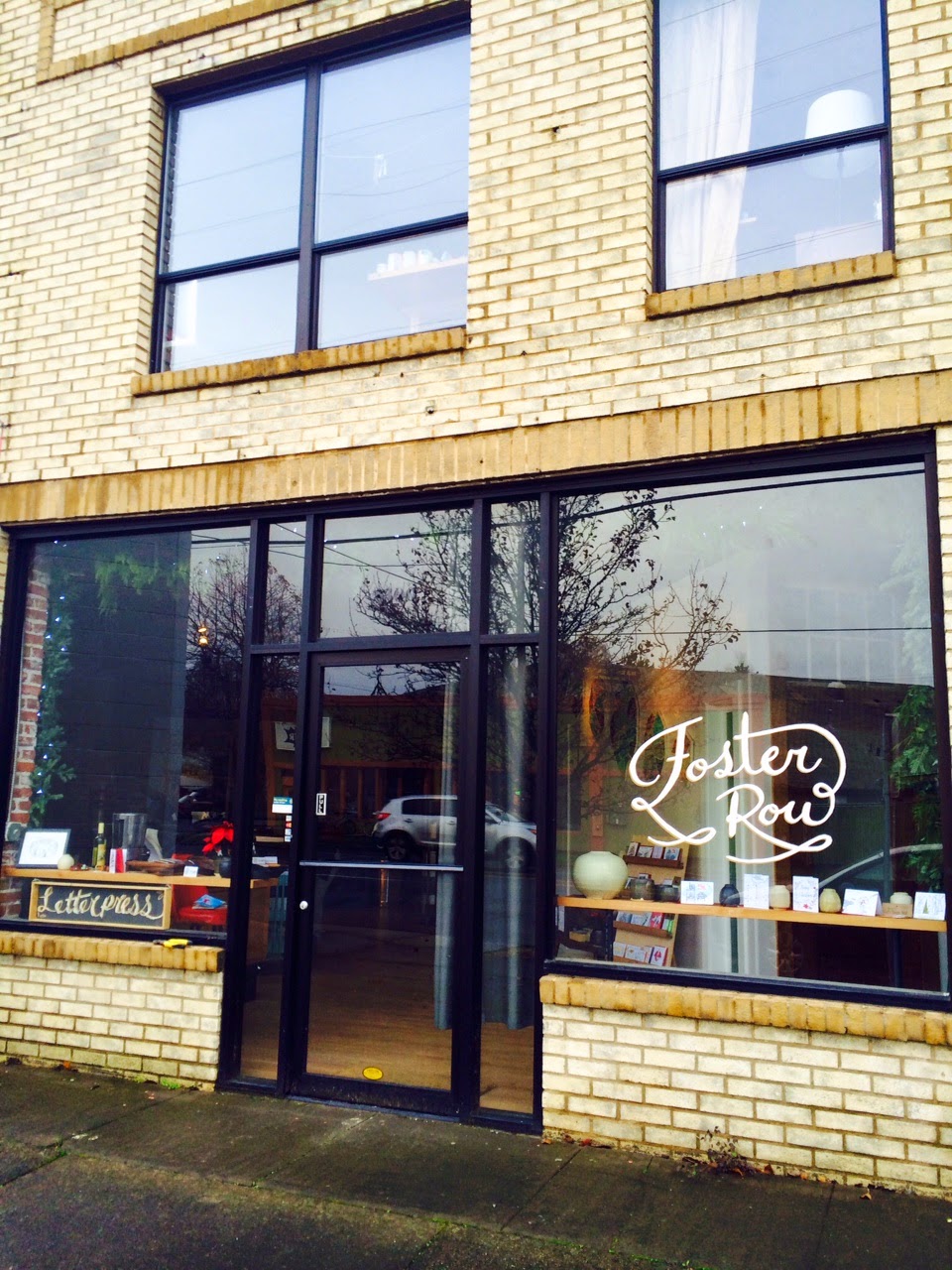 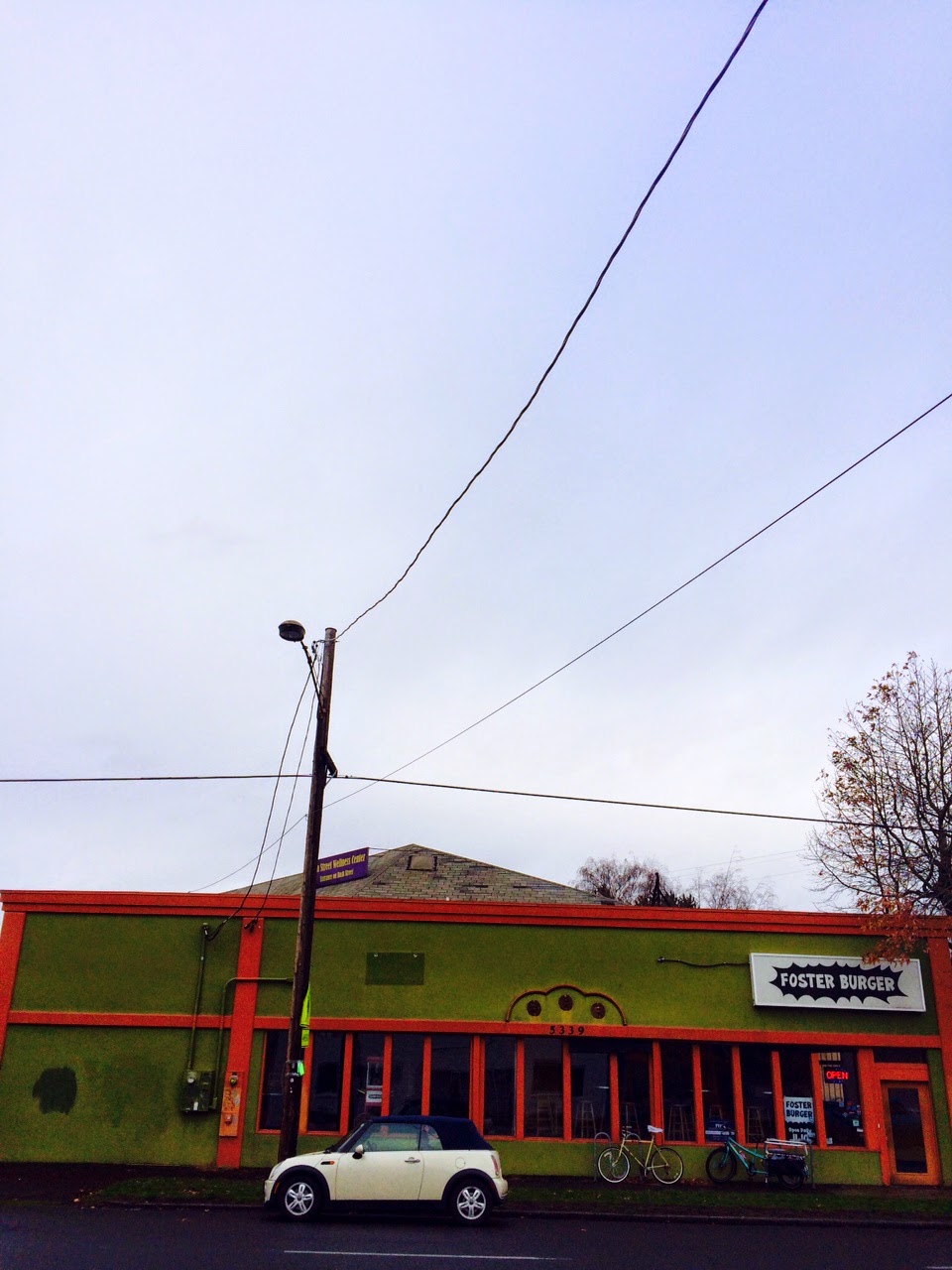 Foster Burger (adjacent to 1 of the 3 adult shops). 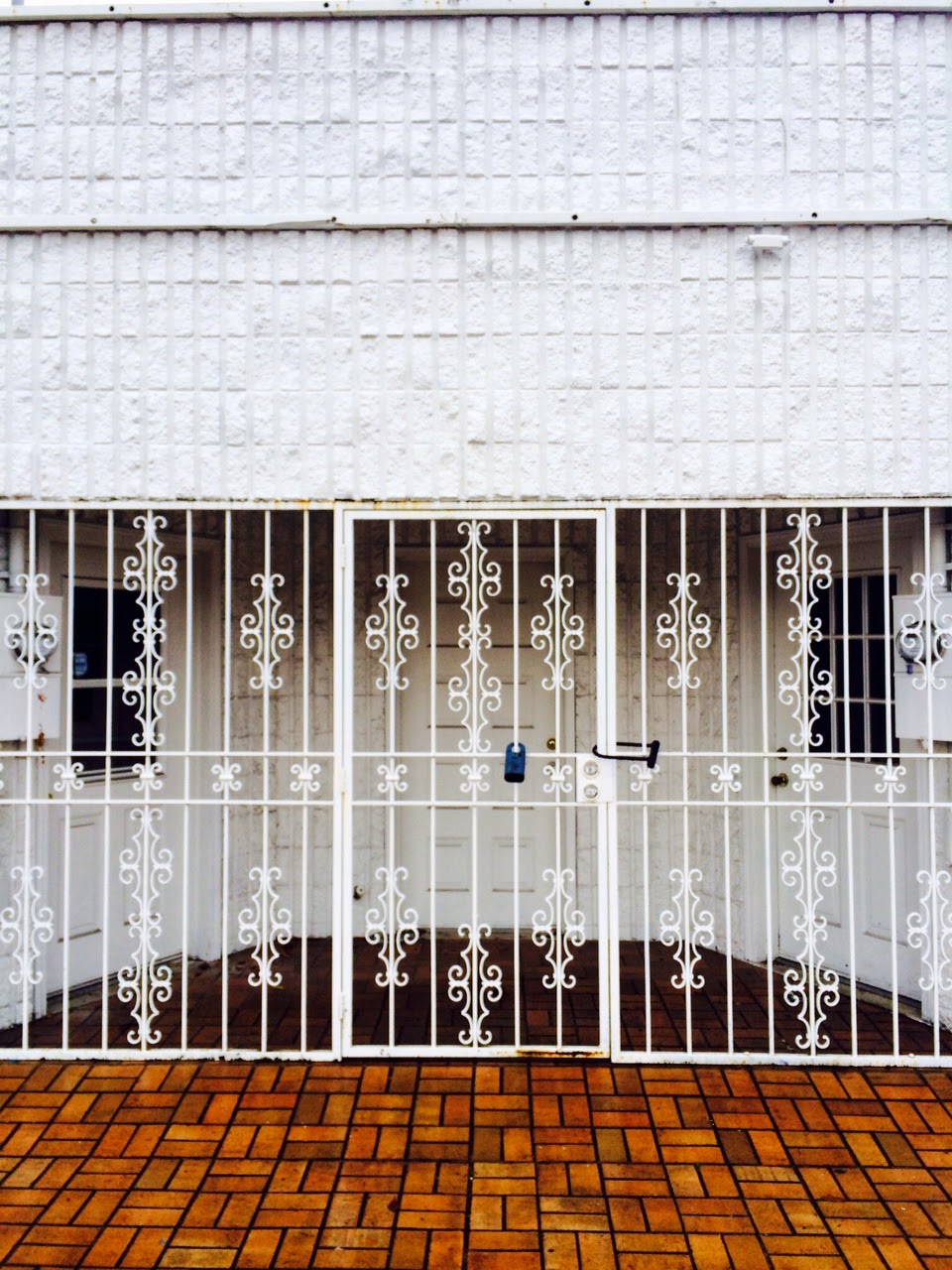 This building has been for lease for over a year (come on something good, make us proud).
Posted by Emily Dart-McLean Harris at 1:47 PM 1 comment:

Labels: FOPO, our house in the middle of the street, true story

When I was a kid I used to know a joke,  the type with a huge set up, and lots of memorizing. Unfortunately I invested my joke memory in two other jokes (ask me, I know two good old fashion jokes to my name) and all I remember is part of the punchline.  So here's what I remember,  and you can go ahead and figure out how to get yourself to this part of the joke: "I left my harp at Sam's Clam Disco (to the tune of "I left my Heart in San Francisco")." It's actually starting come back as I typed the punchline, it was something about a club called Sam Clam's disco, and someone (most likely a musician, and I'm even going to go as far as saying it was a harpist...) goes to the club. Some things happen, funny things, forgetful things, and voila  in your best Tony Bennet crooner voice "I left my harp at Sam Clam's Disco." Anyways we were just in San Francisco (see photos below for living proof), and I couldn't help but think about Sam Clam's Disco as we trudged up and down the beautiful hilly streets.

Alex and I went to SF for a wedding that took place in Prisidio Park, just a walk, skip, and a trudge  past the Palace Of Fine Arts. Presidio park is a beautiful part of the city that over looks... whelp, it over looks the city, not to mention a lovely view of the Golden Gate Bridge.  I didn't take many photos at the wedding, so you will have to trust me that it was beautiful: romantic vows, beautiful couple, dancing, delicious food, spending time with delightful relatives...the works. We ended up staying in San Francisco for three days after the wedding below are some adventure blips. Oh, and I would like to note on our anniversary we went to a bar near our Air BnB we stayed at in the Mission district called  Makeout Room, and there was a fantastic soul night DJ spinning gem after gem (it was a memorable way to ring in our love + we were strangers in that city, so we felt at ease pulling out our extra kooky dance moves).

San Francisco, I didn't leave my harp,  and my dear heart came riding back with me on the plane. It truly was a pleasure, and I look forward to the next chance I can walk up your hills, admire your views, and dance to your music. 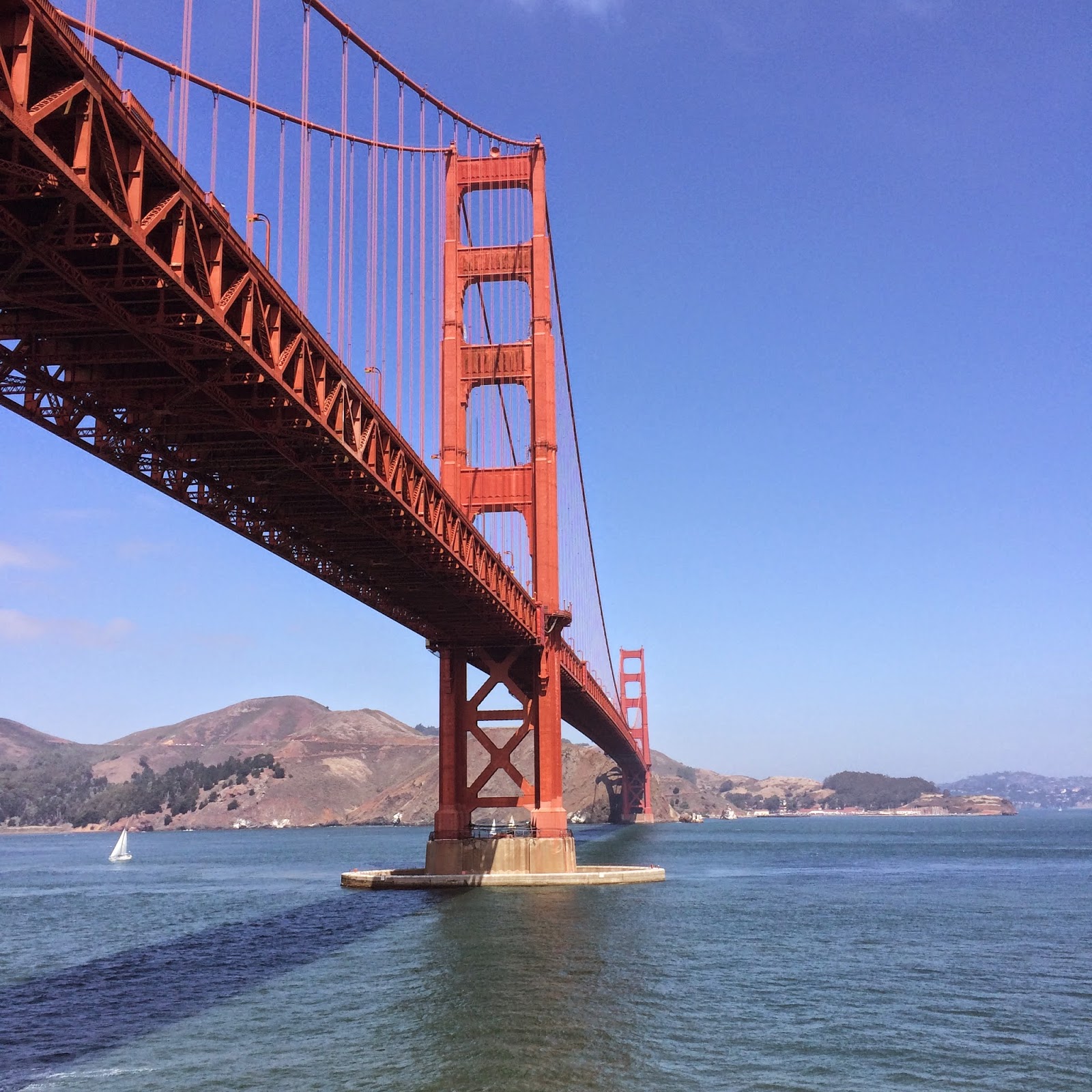 1. no explanation needed here, am I right? 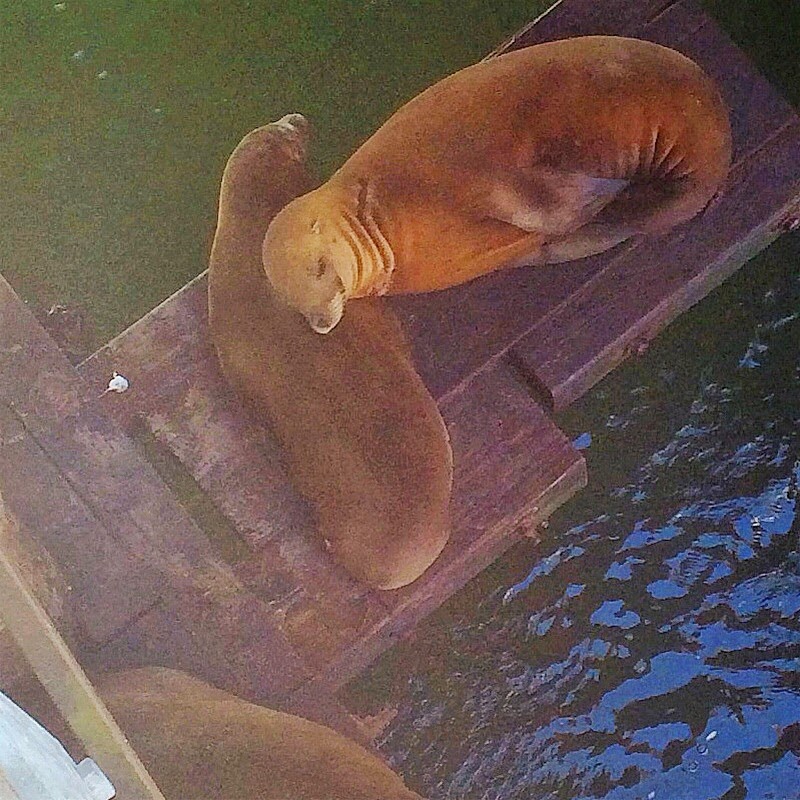 2. We saw the sweetest sea lions under a pier. 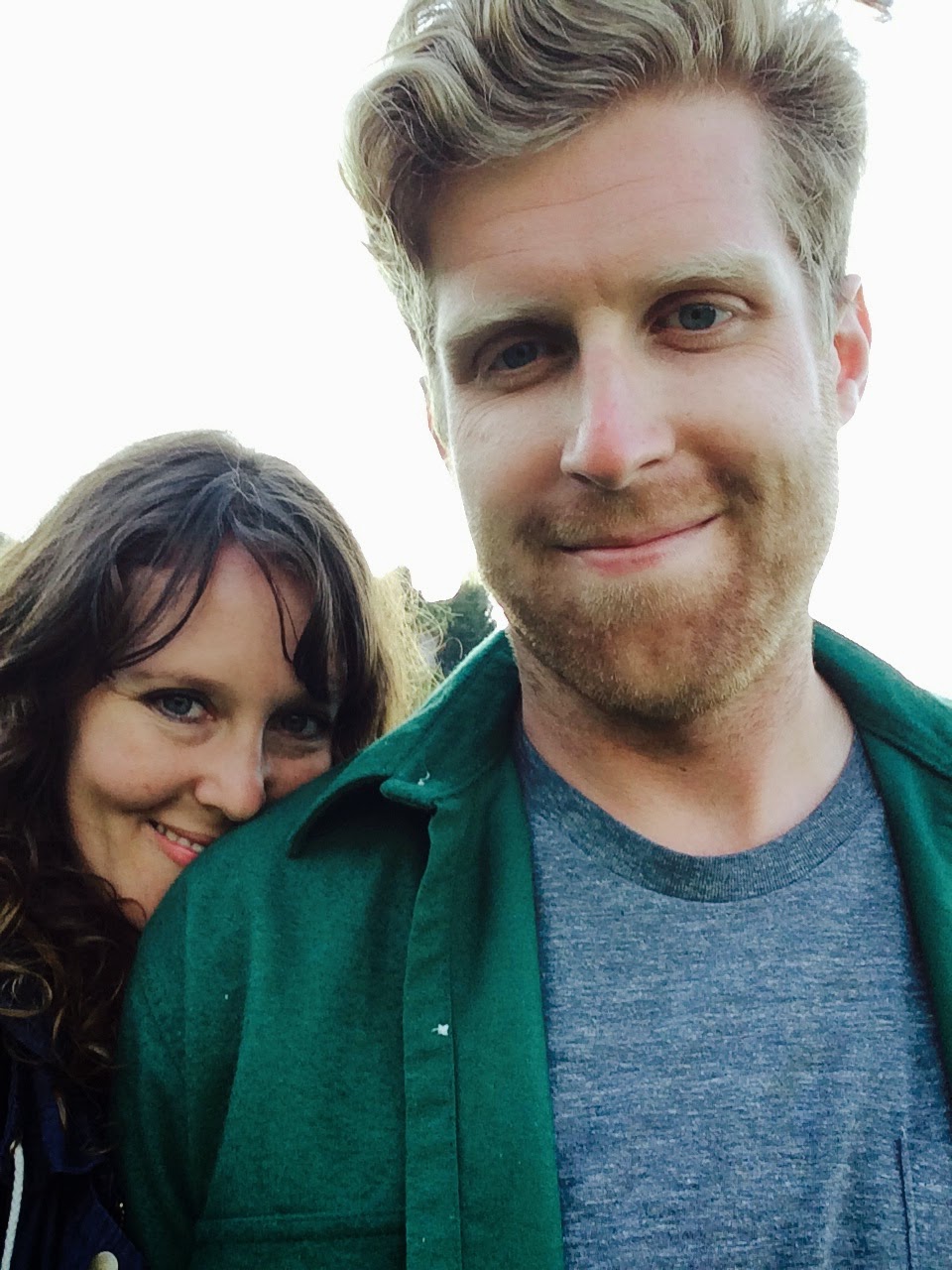 3. Us doing our best sea lion. 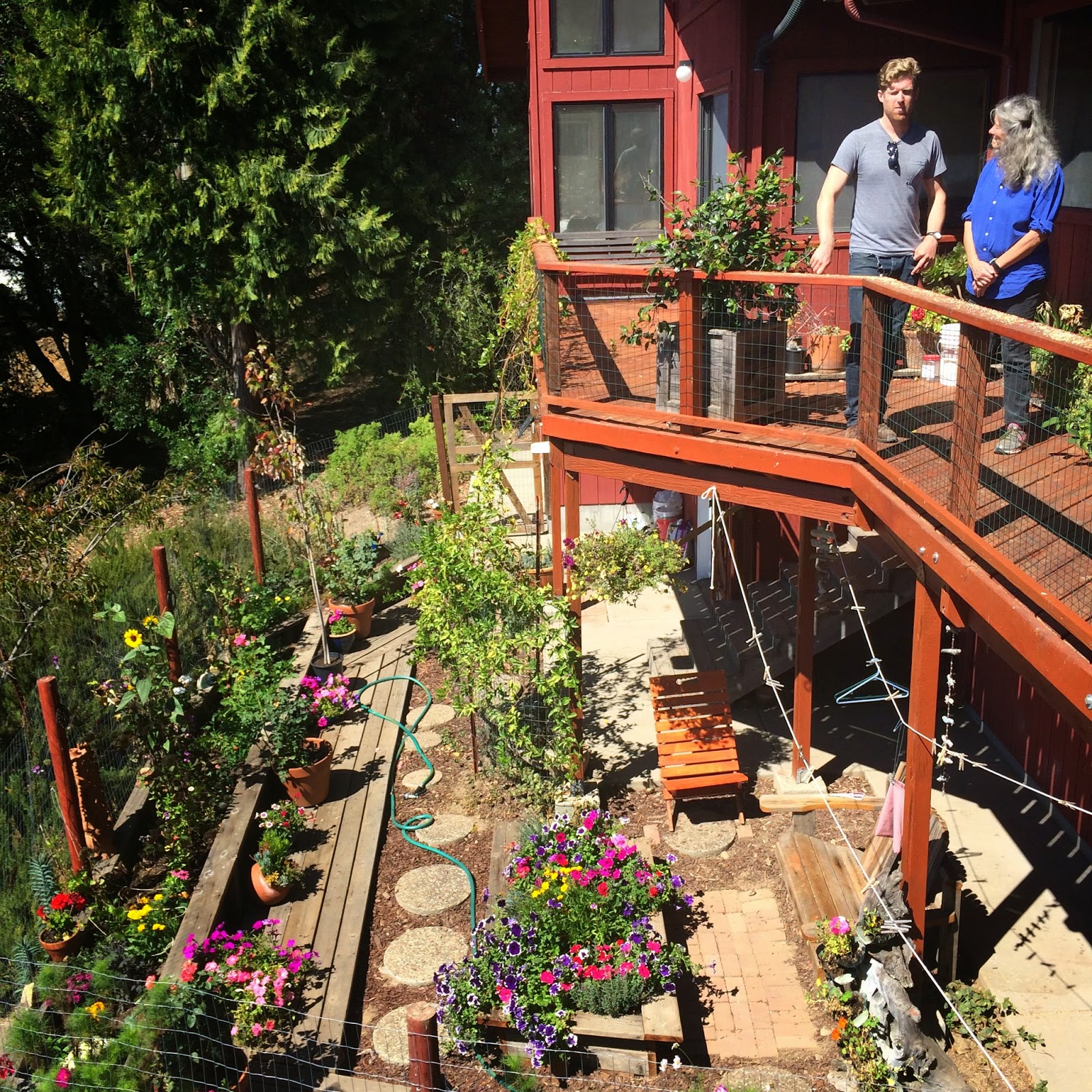 4. Day trip to mountains, admiring my mother's garden from the deck. 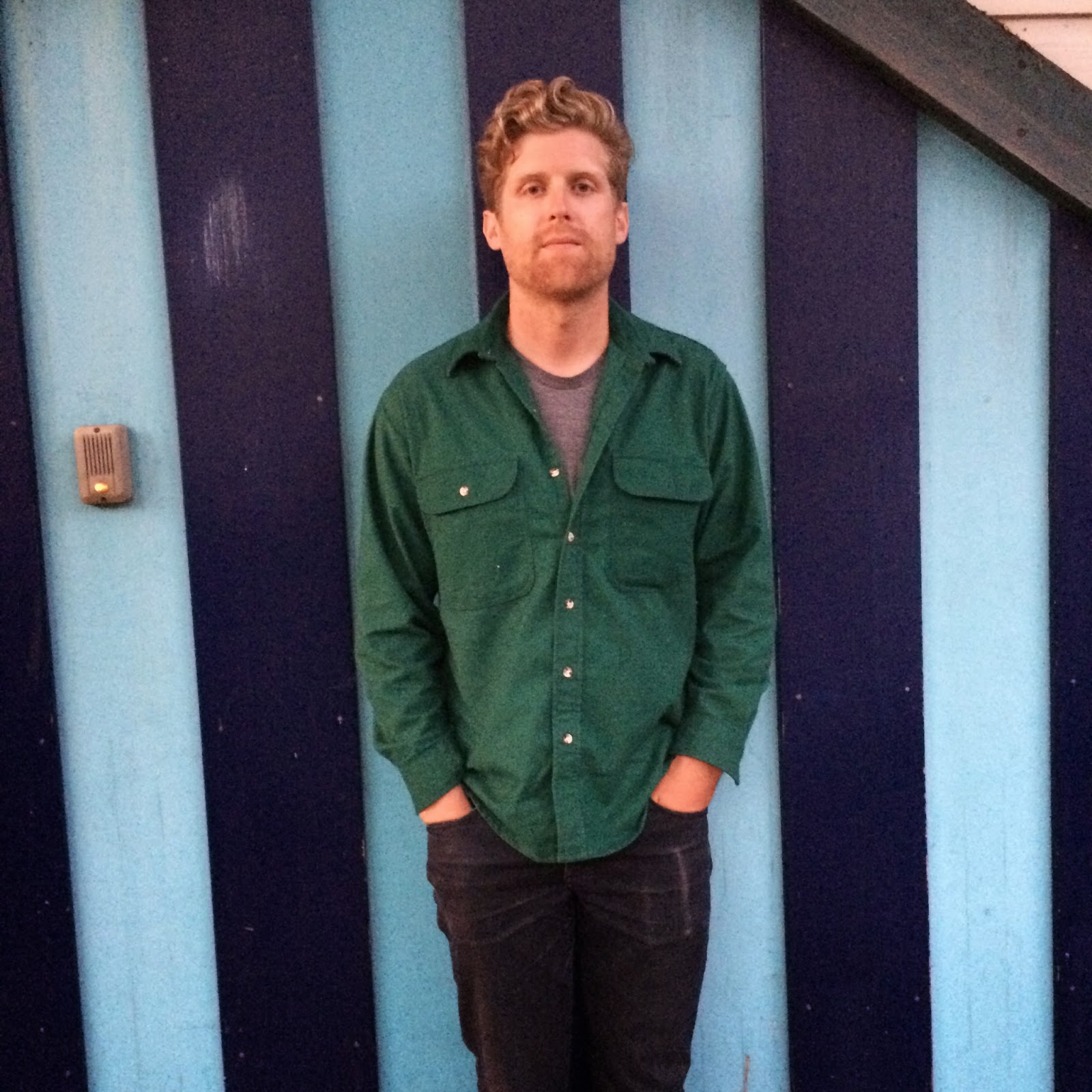 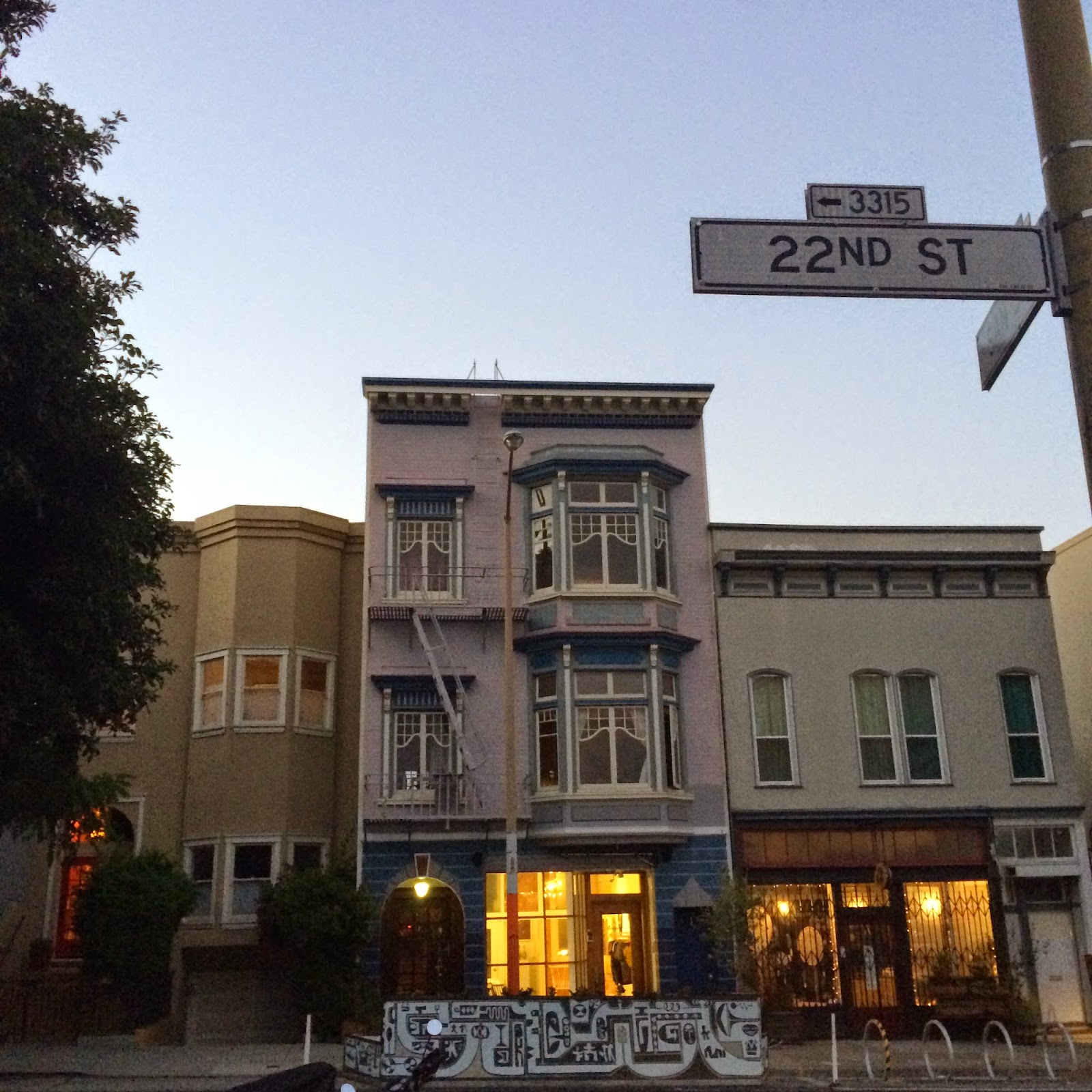 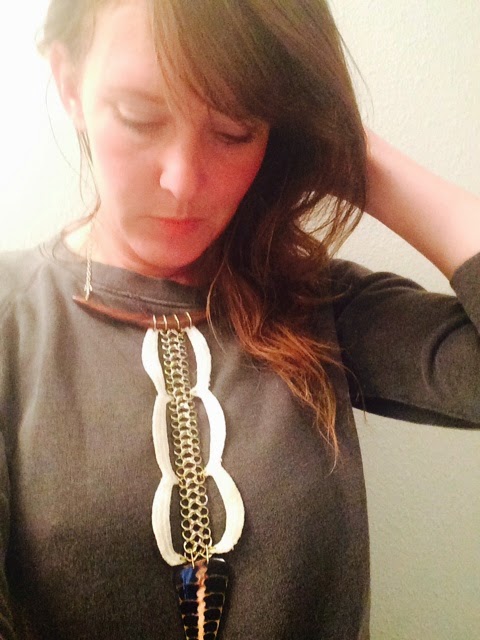 7. At the wedding, a lovely guest from Montreal, Canada gave me this necklace. I had complimented the woman on her necklace when I first met her. The combination of wine and generosity is a powerful thing, and it resulted in me receiving this gift. Her name is Maude, and she told me in a beautiful thick French accent "this necklace will pimp up any plain shirt you wear." Thank you Maude.  Don't worry folks, addresses were exchanged and a thank you package is in the works.
Posted by Emily Dart-McLean Harris at 5:54 PM No comments:

Being an aunt is the best. This sweet video starring my niece Harper Joyce makes my heart melt and my weekend start off in good spirits.This smart cookie is not even two years old mind you.
Posted by Emily Dart-McLean Harris at 5:11 PM No comments: 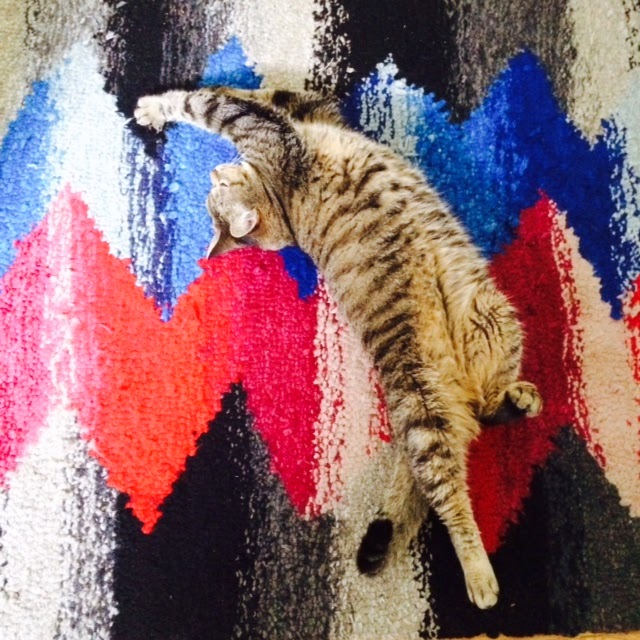 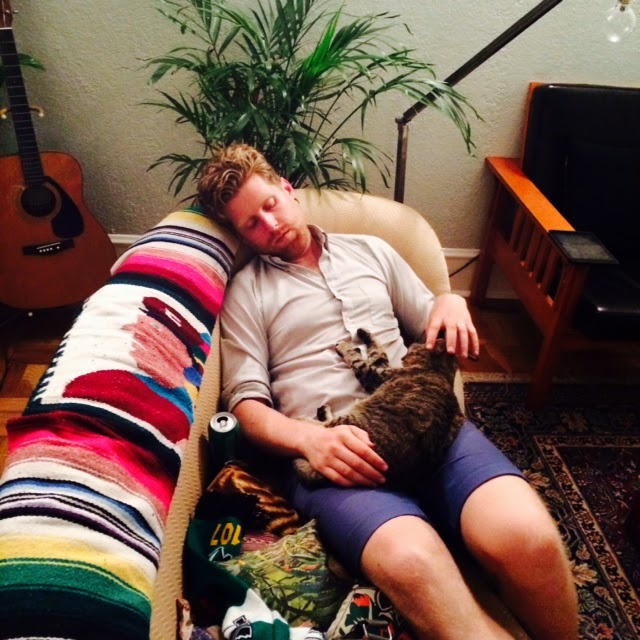 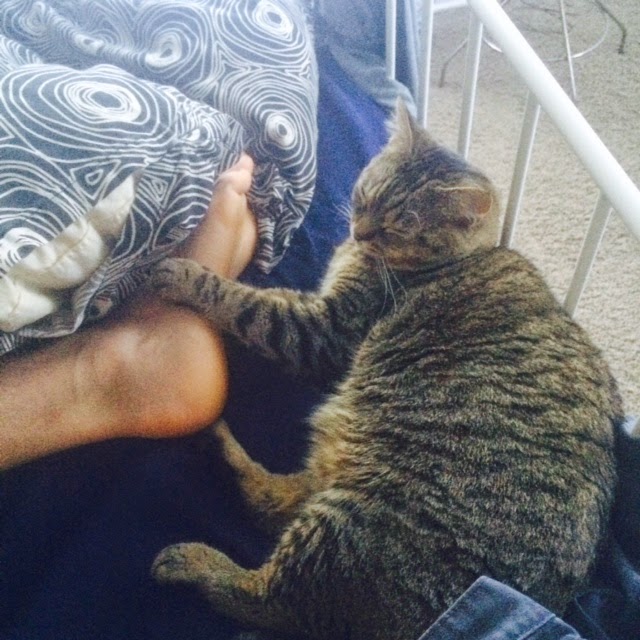 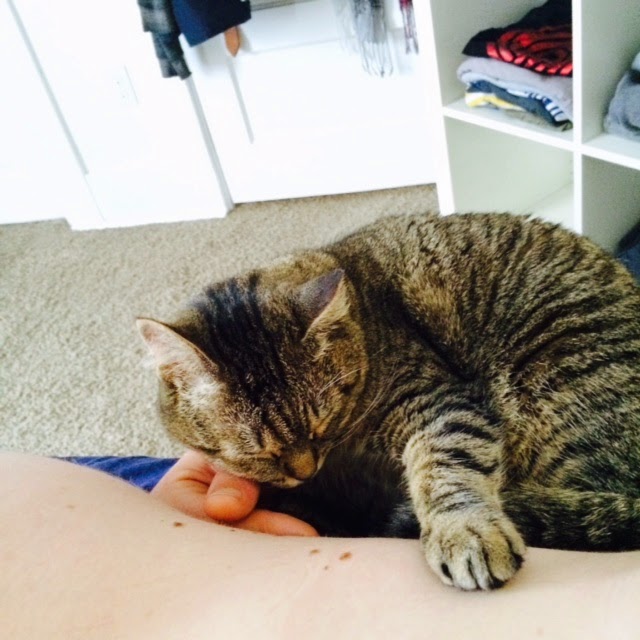 Hearts of my hearts man! I mean seriously, would you take a look at the darling gems above?! Exibit C, waking up for work bright and early with Francis's paw delicately perched (in his sleep mind you) on Alex's size 13 foot. Or photo one, Fran looks like he has been studying the Sistine Chapel. Hearts of my heart!

Posted by Emily Dart-McLean Harris at 9:15 PM No comments: 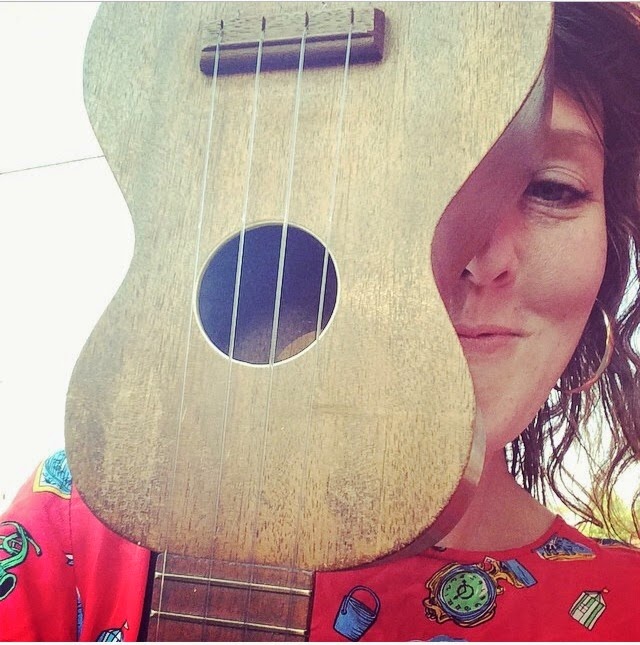 Here's me letting you know that I recently became a proud new Ukulele owner (photo one, happy as a  ukulele inclined clam). If you live in my neighborhood, (or don't) I highly suggest checking out Renaissance Guitars on Foster. This charming little shop is a new addition to our neighborhood, chalked full of friendly (not pushy), know it all (in a know their shit sort of helpful way), guys (make that two) ready to sell you your new instrument (to join my ukulele band). But seriously folks, stop in. Learning to play the Ukulele has been on my to do list for awhile (naturally inspired by the duet with Steve Martin and Bernadette Peters above). Next Stop, tap dancing, and I'm one step closer to a new goal (the man in video three, am I right?!). So if you know anything about ukuleles (altos to be precise) and you have been aching to teach someone something (tap dancers welcome too), the above are just a snap shot of what I would like to be strum dum  dumming in the next year (yes, "strum dum dumming").

Posted by Emily Dart-McLean Harris at 6:59 PM No comments:

These Boots Were Made For Walking (Sneak Peek) 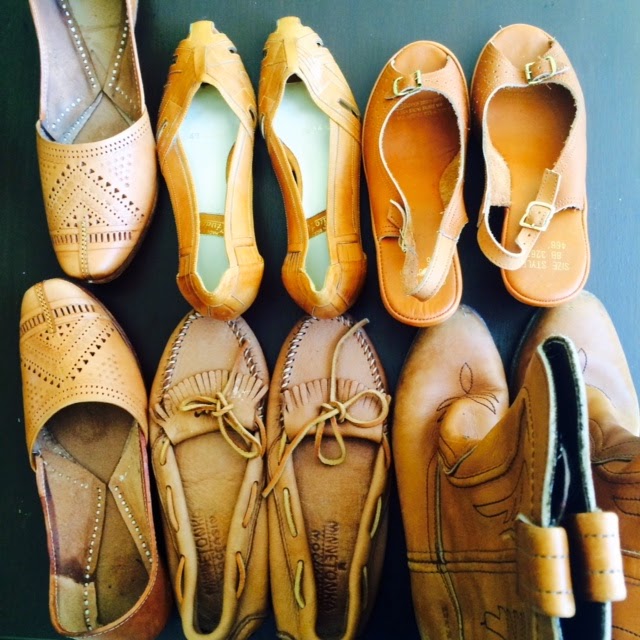 Just some vintage leather shoes that will make their appearance at the Delicate Doilies' August pop up shop at Foster Row.

Posted by Emily Dart-McLean Harris at 7:00 AM No comments: 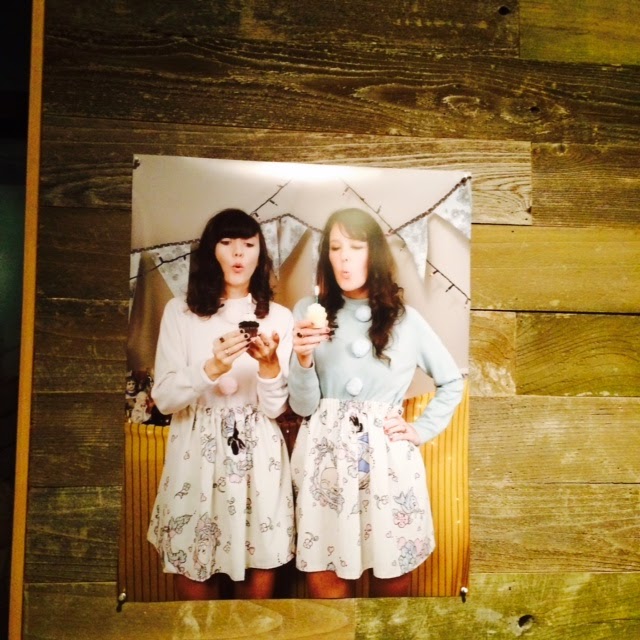 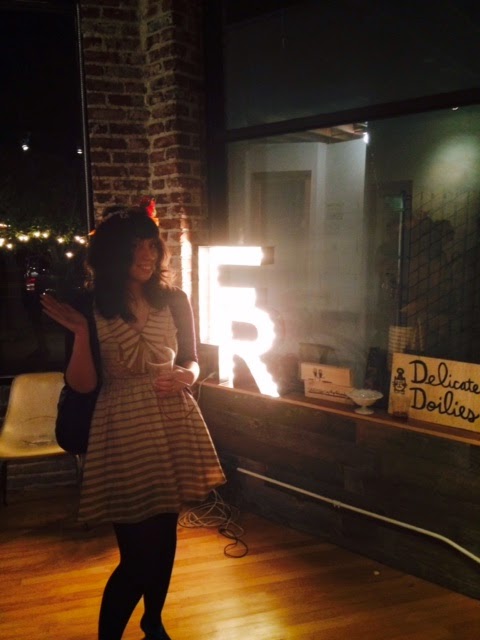 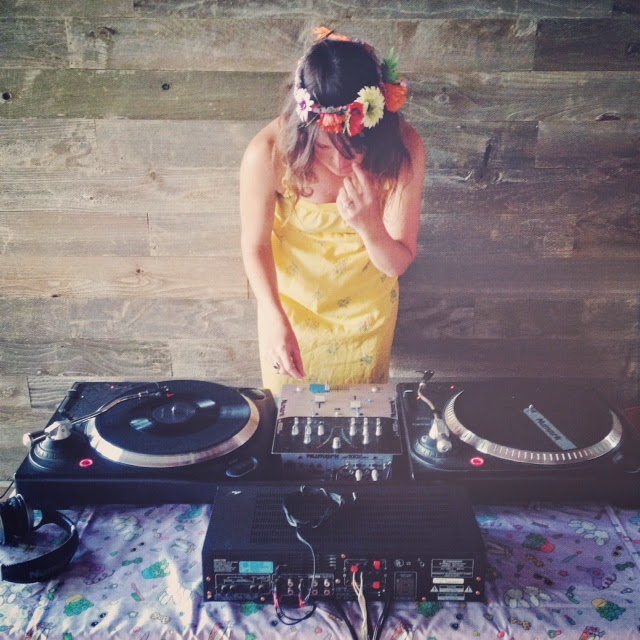 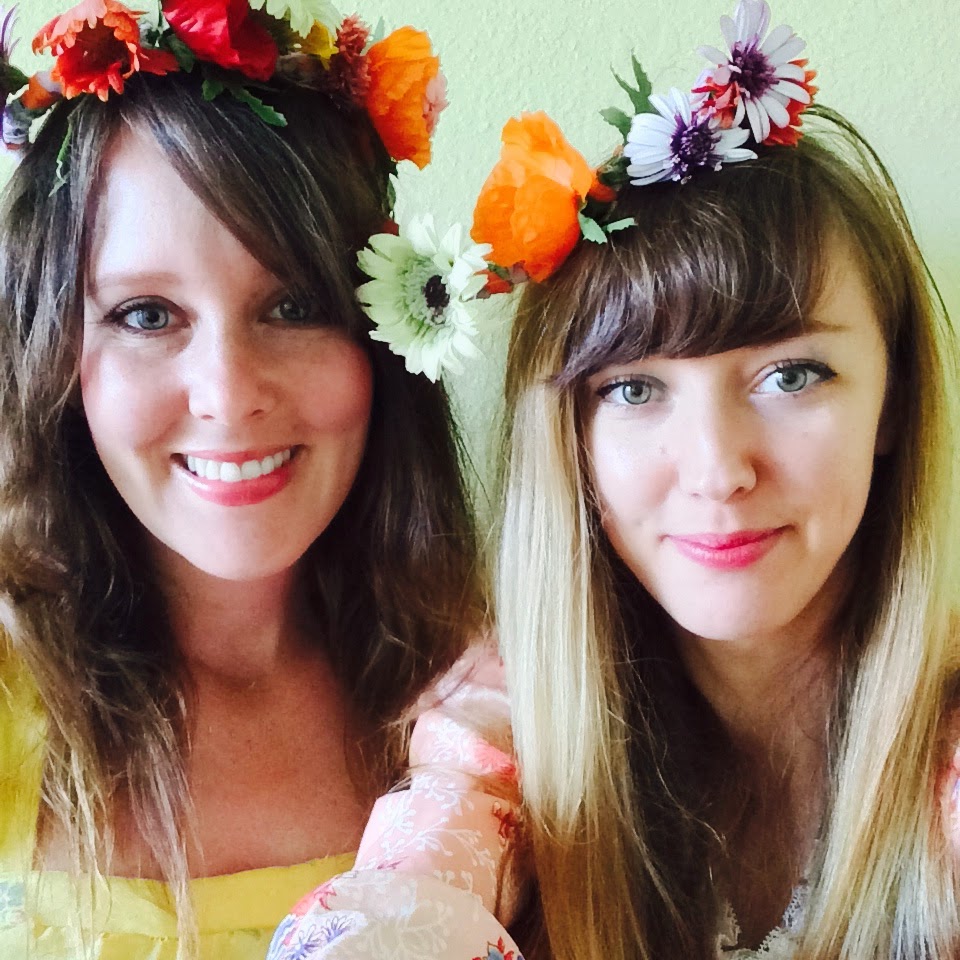 The Foster Row grand opening came and went. Surely a success (yes a success but don't call me Shirley... Airplane anyone?).  Delicate Doilies represented in homemade floral crowns (it was very doily of us). It appeared that people who joined in celebration seemed excited about the new neighborhood space, and everything happening inside. People seemed pleased with the music, and I was pleased that only one record skipped (it was due to a couple dancing too close to the turntables, with too many jumpy moves...come on  people quit having fun!).    There was probably a steady flow of 80-100 people including my friend Brooks above  next to the Foster Row lights and Delicate Doilies signs (photo two). With that, Delicate Doilies will kick off a month long pop up shop in August at Foster Row. I will be playing shop gal one weekend day a week and sure would love to see you.
Posted by Emily Dart-McLean Harris at 6:01 PM No comments: 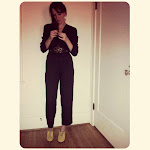 Hop on! Join this site!